Home » Blog » Filet Mignon Vs Ribeye: Know Which Cut to Choose for Your Next Steak Dinner

The tenderness of your steak will largely depend on the muscles of the animal and parts from which it has been cut. Due to this, every cut has a different method of cooking, and two of the most popular ones are Filet Mignon vs Ribeye. You know why the “VS” part? Because which of these is better is a heated and passionate debate among many meat-lovers.

Overall, people claim that if you are looking for the perfect texture, Filet Mignon is your pick and for flavor go with Ribeye. However, as proven by our research, nothing is that simple about the Ribeye vs Filet discussion. So let’s explore this topic in more depth and discover once and for all which cut is better.

The Origin of Filet Mignon and Ribeye Cuts

The Filet Mignon cut of steak is taken from the smaller end of the tenderloin of the cow, preferably a heifer or a steer. The tenderloin is then cut into small pieces called Filet Mignon. The meat in this area is extremely tender since the cow does not exercise the muscles in that area.

Meanwhile, the Ribeye is cut from the ribs of the cow. It is not as tender, as Mignon, but it is mainly known for its juicy fat underneath. This fat gives the steak a great rich flavor.

The Difference Between Filet Mignon and Ribeye

Although both are high-end cuts, there are several major differences between Ribeye vs Filet Mignon:

To begin with, a Ribeye is much larger than a Filet Mignon. The way it has been cut may vary but Ribeye is twice or quarter the size of Filet Mignon.

A Filet Mignon is a little coarse and has a grainy texture compared to the Ribeye which is smooth.

Since filet mignon vs ribeye are made of two different kinds of muscles, it is but obvious that their texture would not be similar. Since the muscles in the tenderloin are hardly used, the Filet Mignon cut is much smoother. Plus, it has no fat or connective tissues.

The Ribeye is tougher than the other. But one of the major benefits it has over Mignon is that this cut is a lot juicier once cooked. Courtesy of the higher fat content.

If you are someone who loves a richer flavor –  Ribeye is your pick. It infuses all the flavors and spices that go into the cooking. Plus, it has an amazing retentive taste.

However, sometimes people prefer the texture over taste when it comes to beef steak, in that case, Filet Mignon is a better option for you.

So there is no clear winner here since both the Ribeye vs Filet Mignon has a unique feature that some people will love.

While both are rather costly, the Filet Mignon is more expensive than the Ribeye. That’s because it can be cut from a very small area of the cow’s body.

The Ribeye cut has more fat and thus you need to be more careful when you put it on your grill. That is because it must not be exposed to too much direct heat since the fat melts quickly. It’s important to place the cut just right, so the fat can melt and enrich the steak with juices. So you can use a pan or pot on high heat to cook this type for the best results.

Meanwhile, the Filet Mignon doesn’t have such an issue, and you can cook it on a grill without the risk of flaring up.

Which Cut To Choose For Grilling

Grilling meat is always better. And if you want your steak to be grilled, Filet Mignon is the best meat for grilling. You can also use this cut for making several types of beef roasts.

However, this does not mean you cannot grill the Ribeye – you can, just have to be more careful.

Beef has several health benefits and steaks are probably the best way to cook it. So when we’re talking about the filet mignon vs ribeye it’s important to consider what you love about the stake and your cooking skills.

Thus, if you prefer juicier meat and more experience – go for the Ribeye. Meanwhile, if you adore smooth meat texture, want less fat, and don’t have a lot of experience cooking meat – then Filet Mignon is the one for you.

So consider which one would be the better choice for you, and don’t hesitate to try these yummy beef cuts. Also, don’t forget to share with us which of these is your favorite and why!

Pit Boss vs Camp Chef: Which Pellet Grill is Worth Your Money? 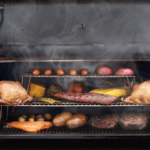 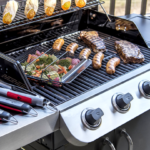